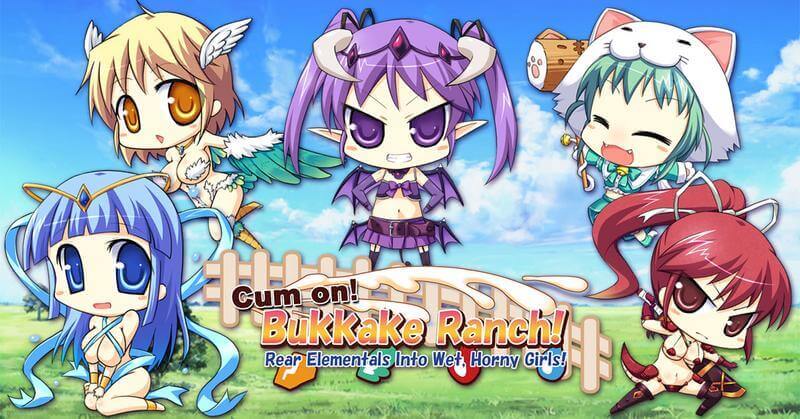 A salamander girl possessing the element of fire.

She’s a leader amongst the other elementals, and an honest woman who values chivalry. She’s the most level-headed, and rarely jokes around.

She formerly severed as a commander of the previous Kingdom’s elite knights, but was discharged due to pressure from her human colleagues. During her travels to hone her swordsmanship, she received a great wound, whereupon she met Erogelsus.

At first she was a bit resistant towards him, since he was only half-human, but thanks to the care he and Myil-chan gave her, she recovered. Ever since that day, she’s served as his partner.

A slime girl possessing the element of water.

Normally she’s as elegant and beautiful as a nymph, but she’s an extreme coward, and her negative thinking often causes trouble for the other elementals. Despite her best intentions, she’s pretty empty-headed.

When she was on a walk with her fellow slime people, she became separated, got caught up in all kinds of trouble, and ended up stuck in a drain when Erogelsus found and rescued her.

She didn’t have anywhere else to go, so she decided to care of him.